In my clinical experience, when heat moulding an orthotic device directly to the patient’s foot, or when taking a weight bearing foam box cast, the Najjarine Biomechanical Assessment (NBA) Anterior Line Method is the best technique to use in finding the patient’s Neutral Calcaneal Stance Position (NCSP). In my opinion, using this method results in a more successful outcome when prescribing and fitting orthotics.

When heat moulding an orthotic, this method is particularly useful as the patient will be wearing shoes and so ‘neutral’ can only be observed from the anterior position. From my anecdotal research, and clinical application, this method produces the required result – NCSP. So it appears that anterior alignment and posterior are apparently linked. 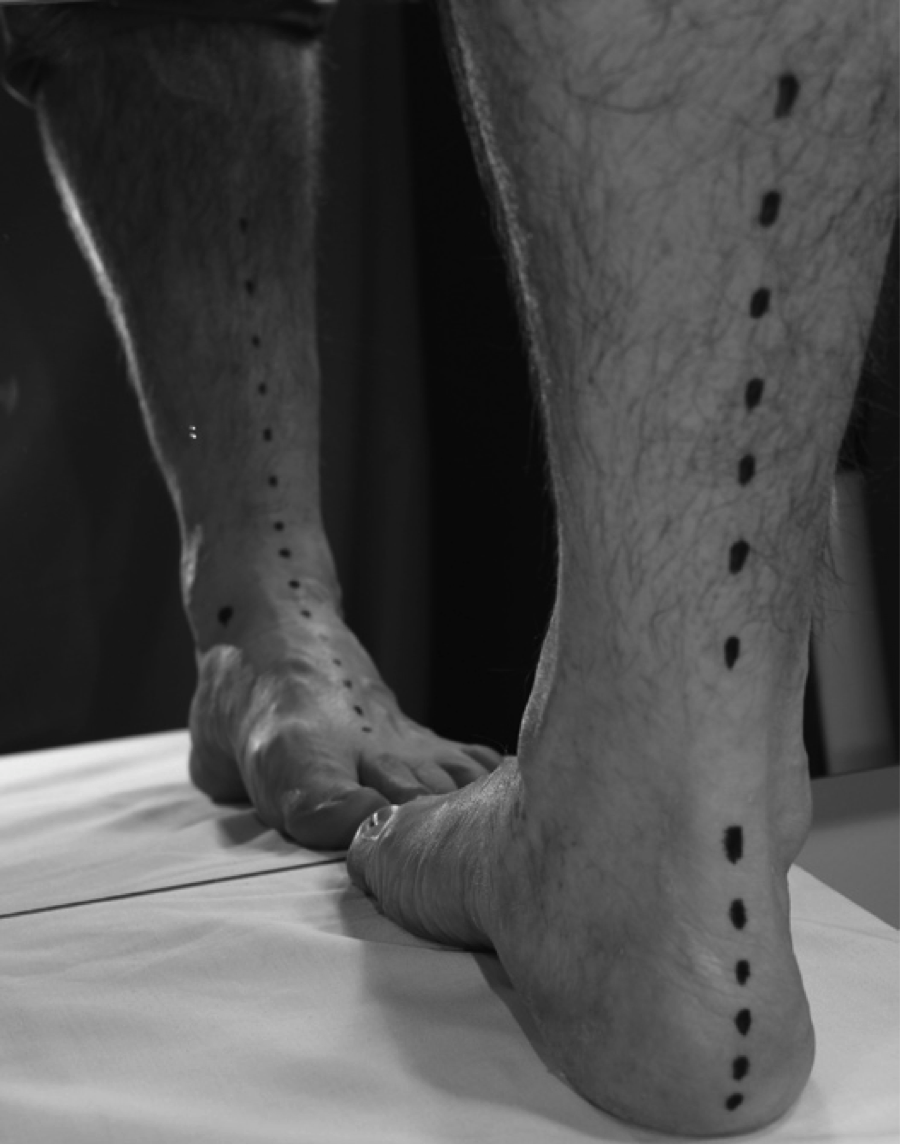 In Figure 2 the patient (same foot and markings as Figure 1) was allowed to stand normally (i.e. their Resting Calcaneal Stance Position (RCSP)) and the rearfoot and anterior view compared. Note that the anterior line leans towards the the first metatarsal head.

I am aware that there is much conjecture about prescribing orthotics to the patients’ NCSP and as to whether this benefits the patient. However, both myself and the Podiatrists in my clinics have used this system to prescribe over 110,000 pairs of orthotics – and the results and feedback we receive really do speak for themselves. Of course the orthotic device cannot rigidly maintain the patient in their NCSP in gait as we require the patient’s biomechanics to allow for some compensatory pronation within the gait cycle (about 5°).

In the past I used the Talar Navicular method to find NCSP and have on occasion found that some patients present with an osseous lump – usually on the lateral side – which does not allow me to achieve congrency of the joint using this method.

The reason for this so called ‘Psuedo Talar Head’ is unclear. It may be an acquired extra bone growth due to injury or it may be genetic – either way when I try to find congruency, the patients foot appears to be everted/pronated. Therefore, I developed the NBA Anterior Line Method as a quick and effective way to achieve congruency (neutral). This method can also be used to demonstrate to and educate the patient when they stand in the weight bearing position.

Topical reference points are important because we cannot put our fingers inside the actual subtalar joint itself.

Therefore, we need to use topical reference points to be able to achieve congruency.

The NBA Anterior Lines Method is also useful to achieve the same result in the supine position when checking forefoot deformities: forefoot valgus, forefoot varus and supinatus, dorsiflexed and plantarflexed first. The supine position allows for minimal movement of the patient on the bench and allows for a more time-effective assessment process.

The interesting point is that when this method is used in weight bearing the rearfoot is also aligned, thus being very helpful when finding neutral when the patient is wearing shoes and socks.

This method is extremely useful when looking to identify the STJN position in the supine position and when taking a plaster cast or foam box impression of the patient’s foot in STJN position. 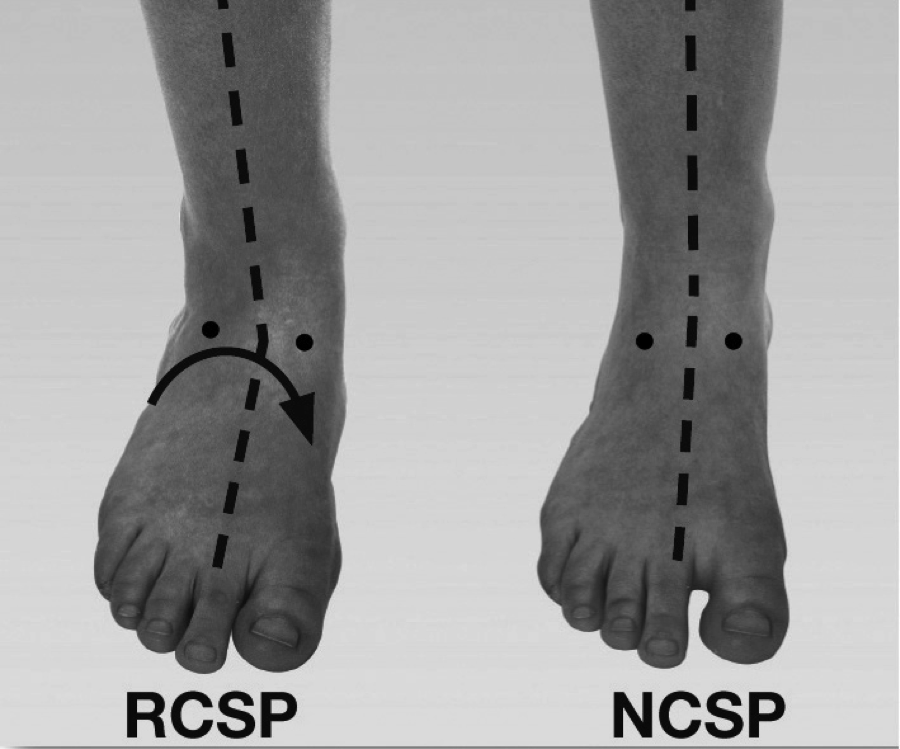 The three key topical landmarks will now line up i.e. 2nd met head, bisection of the Talonavicular landmarks and the point on the Tibial crest along the lower 1/3 of the Tibia.

Note on the RCSP the marked line will be in line with the 1st metatarsal head instead of the correct alignment, which is the 2nd Metatarsal head. When dealing with an everted foot the line along the tibia will always align towards the 1st MTPJ.

When Redmond (1998) wrote ‘Subtalar joint will therefore be in neutral when the concavity above the malleolus is congruent to the concavity below the malleolus,’ there was no mention of the clinical difficulties of oedema/swelling around the ankle or possible osseous deformities. The NBA Anterior Line Method however takes into account such issues and actually simplifies the process of finding Subtalar Joint Neutral.

Definition: Neutral (NCSP) a position where the STJN is neither pronated or supinated